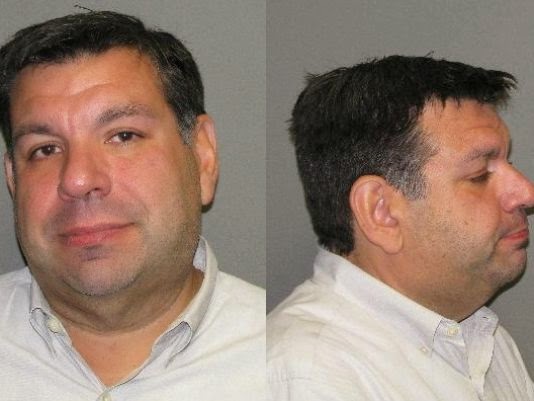 (Binghamton, NY) Broome Republicans today called on Anthony Fiala Jr. to do the right thing by resigning from the Broome County Legislature.

Last week Fiala pled guilty to DWI, a serious misdemeanor charge, after he struck a bicyclist while intoxicated on Clinton Street on October 2nd. The Police Report indicates that he fled the scene, leaving the bicyclist wounded and bleeding on the street. He was later arrest by the Binghamton Police Department.

As a member of the Legislature, Fiala sits on the Public Safety & Emergency Services Committee, which is responsible for oversight of public safety and emergency programs including the STOP-DWI Program, Office of Emergency Services and Sheriff’s Office.

“We all make mistakes,” said Republican Chairman Bijoy Datta. “But in some situations there is an absolute right and an absolute wrong. Driving drunk and hitting another person with your car, and then driving away without regard for the life of the injured person, is wrong – no matter who you are, and no matter how politically connected you are.”

“Mr. Fiala should do right thing and resign immediately from the Broome County Legislature,” added Datta. “He already skipped all of last week’s Legislative Committee meetings, leaving his constituents without representation.”

According to the Police Report, Fiala was driving a car owned by his employer, SEPP Inc., a non-profit organization that receives millions of dollars in government funding, after consuming alcohol to the point of intoxication, when he hit and injured the bicyclist.

"Right now, it’s best that my opponent take a step back to focus on his own personal issues. I hope and pray that he gets the professional help that he needs,” said Karl Bernhardsen, who is running against Fiala for the 13th District seat. “It's surprising that he has not made the right decision yet after pleading guilty to such a dangerous crime. Our community doesn't need this sort of added distraction; our neighbors deserve better."

Following his arrest, Fiala refused a breathalyzer test, automatically revoking his driver’s license for one year. His mother, Barbara Fiala, is the New York State Department of Motor Vehicles Commissioner and Chairwoman of the Governor’s Traffic Safety Committee.
Posted by Admin at 1:59 PM