PAPASTRAT TO ANNOUNCE CAMPAIGN FOR RE-ELECTION 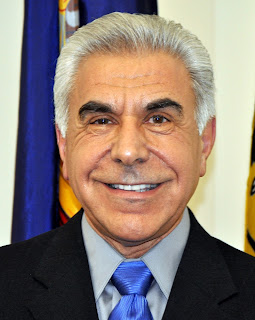 (BINGHAMTON, NY) – Binghamton City Councilman Chris Papastrat will seek re-election for the 5th District Council seat in November.  Papastrat will make the announcement at 1:00pm, on Tuesday, June 2nd, 2015, at the Park Diner on Conklin Avenue, in Binghamton.

“Four years ago, Binghamton residents sent me back to City Hall for a reason; now we are working hard, listening to all residents and delivering for our constituents,” said Papastrat. “It’s a great honor to serve the residents of the 5th District on City Council; that honor comes with great responsibility – we’ve made a lot of progress -- but there is much more work to be done, as we help our growing City reach its potential.”

Papastrat is currently City Council’s Minority Leader; he also serves on the Finance and Employees committees.  He is a member of the Binghamton Local Development Corporation, Broome County Land Bank, and former long-term member and Chairman of the City’s Planning Commission.

Papastrat is a lifelong resident of Binghamton.  For nearly 40 years he and his brother have owned and operated the Park Diner restaurant. When a devastating fire destroyed the restaurant in 1999, they rebuilt and re-opened for business, showing their continued commitment to the City of Binghamton.

Papastrat and his wife, Crystal, live on Lennox Drive; they have three children.