City Council President Teri Rennia has announced her intention to replace fellow Democrat, Matt Ryan, as the Mayor of Binghamton. 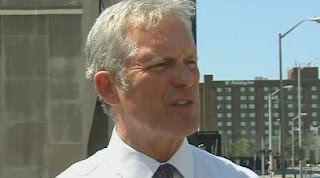 “For six of those years, Terry Rennia served as City Council President and Chair of the Finance Committee.

“While the Ryan-Rennia-Abdelazim Administration has been in charge, Binghamton’s credit rating was downgraded, taxpayer money was stolen on multiple occasions, and property taxes have gone through the roof. They also doled out fat pay raises while services got worse, like streets going unplowed for days after snowstorms and potholes going unfilled the rest of the year.

“Binghamton has experienced enough problems under the Ryan-Rennia-Abdelazim Administration. We can’t afford four more years of their failures.”